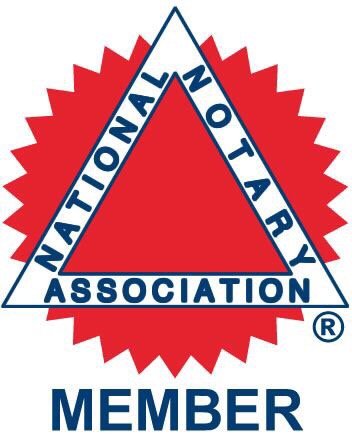 Comparison of an LLC vs. Corporations for Taxes

If you want to start a business that protects your personal assets, then there are two choices available in the United States.

The primary difference between the two structures is how the government taxes them. An LLC is a pass-through entity by default, which means the profits “pass-through” to its members (owners). The profits or losses get reported on individual tax returns instead of them being at the business level. That means it is easier to file taxes if you own an LLC. You also have the choice to be taxed as a sole proprietorship or as an S-Corp if you choose this structure.

Differences in Tax Responsibility for Corporations

If your business is a corporation, then there are two primary options available for this structure. You can file articles of incorporation with your state to become an S-Corporation or a C-Corporation.

Qualifying as an S-Corp allows for flow-through taxation in a manner that’s similar to an LLC. You can be a single-person S-Corporation, but that means creating bylaws, appointing officers, and following all corporate formalities – including paying yourself on the payroll.

You would also need to take meeting minutes for the company, even if you’re the only one there.

Some states, such as New York and Illinois, have additional costs and taxes on S-Corps that you won’t have with LLCs.

The distribution of profits through an LLC is subject to employment tax. If you have dividends from an S-Corporation, they are not subject to that taxation. That means careful planning can allow some small business owners the chance to avoid significant employment taxes if they become an S-Corp. It places the responsibility of Medicare and Social Security taxation of profits on the business instead of it being on the ownership.

C-Corporations receive taxation as a separate legal entity. This structure causes the company to earn its own income, making the organization responsible for paying taxes on the profit amount and any dividends sent to shareholders. After the 2018 legislation passed Congress and was signed into law by President Donald Trump, there is a flat tax of 21% on this amount. Since dividends are not tax-deductible, they receive double taxation.

Benefits of Being an LLC vs. a Corporation

LLCs typically have fewer reporting requirements, which means it is easier for owners to manage their business. It is a popular choice because the income flows to personal returns, avoiding the issue of double taxation since the government doesn’t hit corporate profits and individual income and dividends separately.

Establishing an LLC also provides you with limited liability protection. If the company is unable to pay its creditors, then the amount owed is pursued through the organization’s bank accounts only. The personal assets of the members, such as a car, house, or savings account, are safe. You risk only the money invested in the business.

Members are still liable for personally guaranteed debts in an LLC. There could be liabilities for unpaid payroll taxes. That is why liability insurance is a good idea to have, even when you maintain the company as an independent entity.

This benefit applies at the state level. The IRS does not have an S-Corp designation, so it treats a single-member LLC as a sole proprietorship. If there are multiple owners, then it is a partnership.

Most new businesses have about 75 days after formation to elect taxation as an S-Corporation if they choose to be an LLC. You may also have the option to be an S-Corp in your state, but the IRS does restrict ownership to 100 shareholders who are U.S. citizens or permanent residents.

Benefits of Forming a C-Corporation

A C-Corp often pays taxes on its profits at a lower rate than the individual ones in the United States. Although there are some double taxation issues to manage, you have the option to raise capital by selling shares in this structure. An LLC or S-Corp doesn’t offer that option.

Because a C-Corporation is a public company, the restriction of U.S. citizenship or permanent residency gets lifted. Any individual or entity can purchase stock in this organization.

A C-Corp also has an expectation of a longer life expectancy than an LLC or S-Corporation. If an owner leaves in the latter options, then the business typically dissolves. The remaining partners could form a new structure, but that involves the creation of a “new” company. Owners can leave a C-Corporation at any time.

There are increased regulations and administrative duties at the local, state, and national level with a C-Corporation, so it isn’t well-suited for most small businesses. The cost may also be prohibitive, with ongoing fees being several thousand dollars per year in some states.

Incorporating your business allows you to protect your personal assets. There are tax advantages to consider in each structure, so choose carefully to ensure the right amount of money goes to the government each year.